From June 5th – 9th, 2017, I attended Apple’s Worldwide Developer’s Conference as one of 350 full scholarship winners around the world based on the playground app I created. As a scholar, my entire ticket, a value of $1500, was covered by Apple. In addition, I also got to room in dorms at San Jose State University with other scholars and had exclusive access to a scholarship lounge at the San Jose McEnery Center, where the conference took place.

I was one of the youngest people at Apple’s WWDC conference, where I not only got to meet Apple CEO Tim Cook, but also got to take a selfie with him as well. I was also one of the 10 scholars selected to meet Michelle Obama and take a picture with her before her keynote speech. I will never forget when she pointed at me and told me to tell my teachers to let me take a rest before finals — and that the former first lady said so. I was also one of the four women scholars selected for a panel at the Women@WWDC breakfast. This was such an amazing experience that I will never forget! Thank you Apple for giving young developers like me such an incredible opportunity! 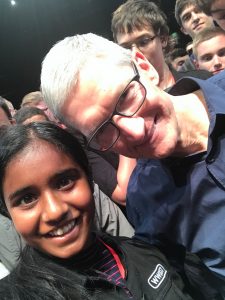 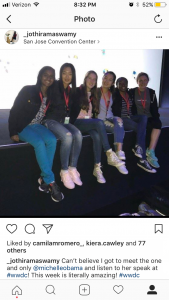 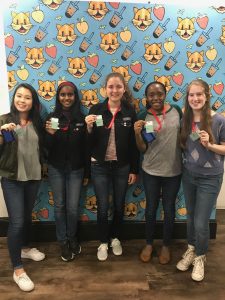 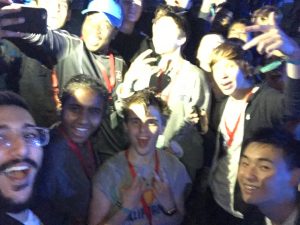 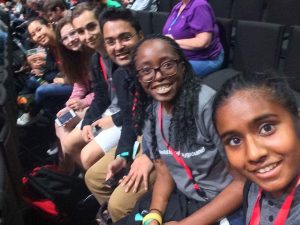 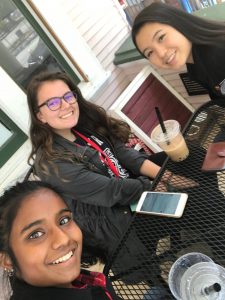 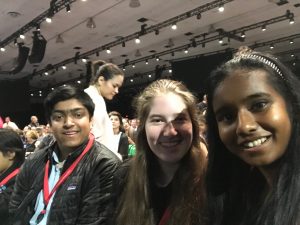 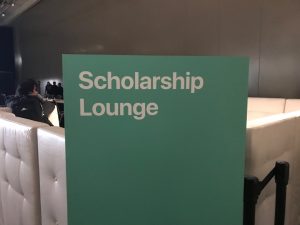 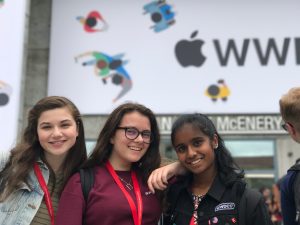 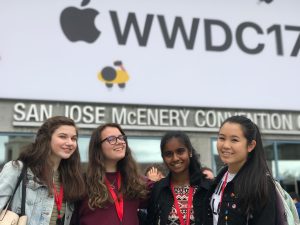 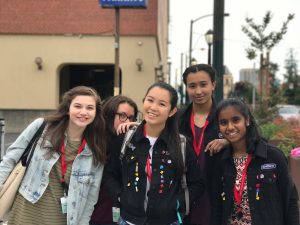 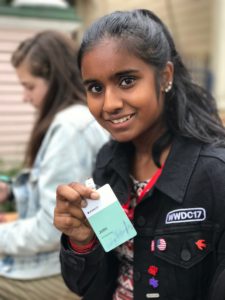