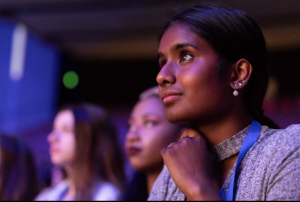 Back at it again with WWDC18!

Last year, I had the incredible experience of being a WWDC17 Scholar and this year I was fortunate enough to go back again as a WWDC18 Scholar! And I definitely had a memorable experience. I learned so much from the labs at WWDC, where I got to meet 1-on-1 with Apple Engineers and ask them questions to make my apps and developing experience better. I also learned a lot from the WWDC sessions, where engineers demonstrated the really cool new developing features that were announced at the Keynote, like CreateML.

This year, the WWDC Scholarship Orientation was at the new Apple Headquarters in Apple Park! Prior to the Orientation, all the scholarship recipients were told that the orientation was going to be in a “secret location”, so arriving at Apple Park was quite thrilling. There was one floor that was circular, in which the center of the entire room echoed a lot. My favorite part of Apple Park was the Steve Jobs Theatre, which was completely underground and was where the iPhone X was announced. There was also a spiraling elevator, which was pretty awesome to go on. 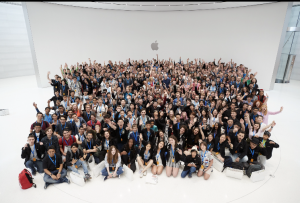 The Keynote was definitely one of the best parts of WWDC! This is when Apple announces all their new software updates for the year, including the new iOS 12 and Mac OS X Mojave. Some really awesome features that were announced include Memojis (like Bitmoji, but better 🙂 ), Group Facetime (its about time Apple!) with up to 32 people, and shared experiences with ARKit, Apple’s Augmented Reality Framework. Shared experiences are pretty cool because it allows multiple people to look at and change the same Augmented Reality world. 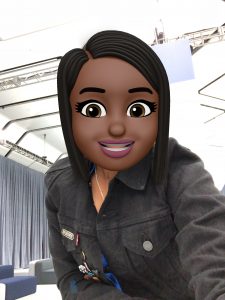 My favorite announcement at the Keynote had to be CreateML. CreateML allows you to train their own models in Xcode itself with very small training datasets, then apply the model to any apps you create using the CoreML Framework that Apple announced at WWDC17. What is really great about CreateML is that ML models are WAY smaller that they would be if you were to train the models in a third party software (shortening models from Megabytes to Kilobytes!). Being someone who loves machine learning, this was definitely a fantastic announcement on Apple’s behalf.

My mom’s favorite announcement was definitely Screen Time, which allows users to track their use of their phones and how long they spend on social media apps, etc. It also allows parents to control the use of their children’s devices so that their children aren’t playing games until 12 o’clock in the morning. I think that it is awesome that Apple is realizing that an overuse of their products may not be the best for their consumers, so releasing Screen Time is really going to boost Apple a lot.

Every year, Apple throws this really awesome party called the WWDC Bash, where Apple Engineers and WWDC attendees get to enjoy food and just enjoy the night. Apple always invites a pretty famous band (usually an alternative boyband — I think Apple has a type) to play at the Bash, and its definitely a great time. Last year, Fall Out Boy played at the bash and this year, as I predicted to many other scholars, Panic! at the Disco played. 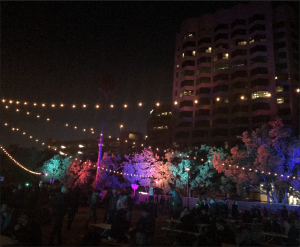 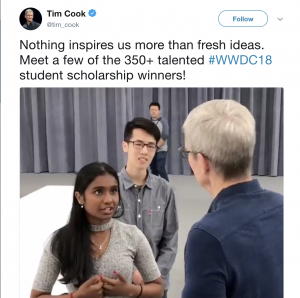 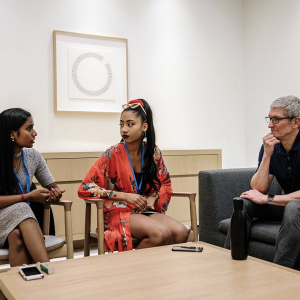 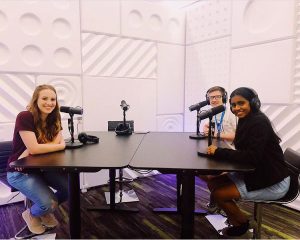 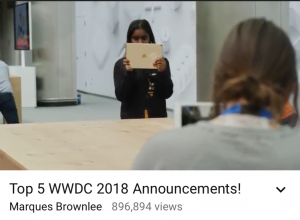 All in all, WWDC18 was a great experience filled with so many unforgettable memories. I loved returning to San Jose this year and am crossing my fingers to go back to California next year for WWDC19!